All You Need To Know About Heartworm Tests 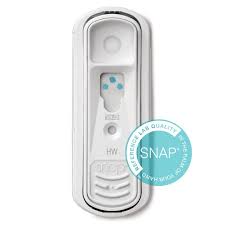 Heartworm disease is caused by a parasite called Dirofilaria immitis, commonly known as heartworm. The parasites are long, hair-like worms that live in the right ventricle of the heart and the pulmonary artery. Dogs are the most common host. They become infected when they are bitten by an infected mosquito. The larvae pass from the mosquito into the dog, and move through the tissues of the body, eventually entering the bloodstream and migrating to the right ventricle of the heart. Within the heart, the worms mature into adults, mate, and produce immature worms called microfilaria, which circulate in the bloodstream. It takes about 5 – 6½ months for the heartworm life cycle to be completed. 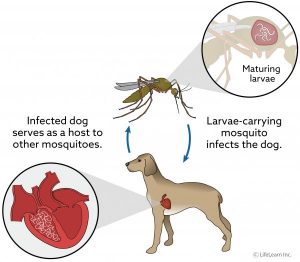 How does a Heartworm test work?

Heartworm tests work by detecting the presence of microfilaria in the blood. In the early stages of the disease, few symptoms or no symptoms are observed. Heartworm tests are the best way to diagnose the disease at this time and to catch it early. Heartworm tests should be performed annually in the spring and a parasite prevention plan should be discussed with your veterinarian. A few drops of blood are collected from your dog and the test is run in-house within minutes. 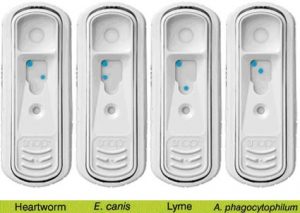 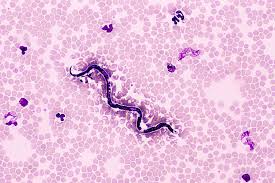 What other diseases are checked when we perform a Heartworm test?

Three tick-borne illnesses which are outlined below. 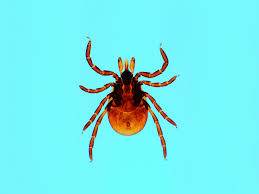 Anaplasmosis is a tick-borne disease caused by the infectious bacterial organism Anaplasma phagocytophilum. It is transmitted through bites of the deer tick (also known as the black-legged tick) and western black-legged tick.

Ehrlichiosis is a tick-borne disease caused by a rickettsial organism (similar to bacteria). The brown dog tick, Rhipicephalus sanguineus, is the main carrier.

Lyme disease is a tick-borne disease caused by the infectious bacterial organism Borrelia burgdorferi. The most common type of tick to carry Lyme disease is the Deer Tick.