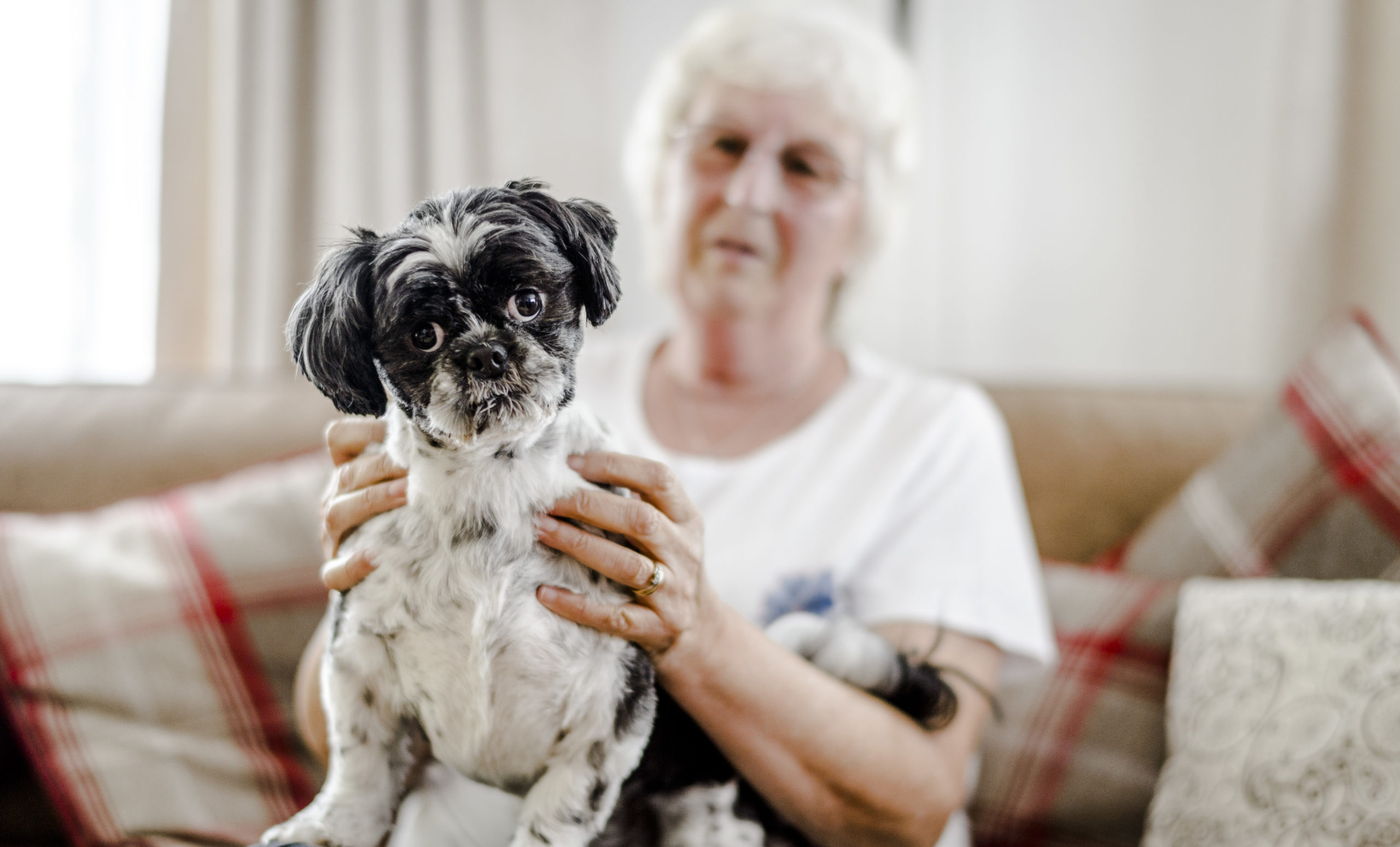 What is Cushing’s disease? 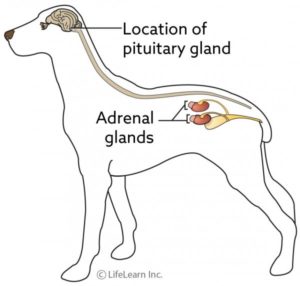 What are the clinical signs? 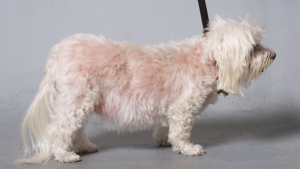 What are the causes?

How is it diagnosed?

Dogs who have Cushing’s will often have an increase in the enzyme alkaline phosphatase (ALP) in their blood. Their urine will likely be quite dilute because of increased water intake and they are more prone to urinary infections. The main diagnostic test that is performed if Cushing’s is suspected is called a Low dose Dexamethasone suppression test (LDDST). This test involves collecting a resting blood cortisol level, giving an injection of dexamethasone and then measuring the blood cortisol levels 4 and 8 hours post-injection. LDDST will detect Cushing’s in 90% of dogs.

How is it treated?

Surgery may be performed to remove the tumor present in Pituitary-dependent Cushing’s whereas Adrenal-dependent Cushing’s requires ongoing treatment and it cannot be cured. Ultimately, the goal of Cushing’s treatment is to see a decrease in or to resolve clinical signs. Vetoryl (Trilostane) is the medication used to treat Cushing’s. It works by blocking the enzyme essential in the production of cortisol. 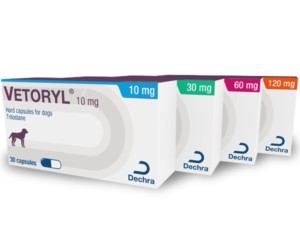 How is it monitored?

Cushing’s is monitored by performing a test called an ACTH (Adrenocorticotropic hormone) stimulation blood test. The test is performed by collecting a blood sample for serum before and one hour after administering an intravenous injection of the hormone. An ACTH stimulation will determine if the patient’s cortisol levels are well controlled on the current Vetoryl dose.